What Do You Mean I’m Irritating, Carl Jung? 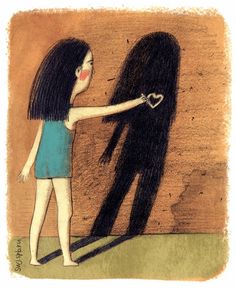 What do you mean I’m Irritating?

“Everything that irritates us about others can lead us to an understanding of ourselves.” Carl Jung

Well isn’t that just a fabulously irritating statement. Thanks Dr Jung for that head slapper.

I think this is one of those special bits of human behaviour and psychology advice, that we get intellectually, but we haven’t really accepted as true.

We still talk about ‘them over there’ and how much they irritate us. We still look at others and think we could ‘never’ be like them. Yet, every time you turn around a speaker <or blogger> is writing about how you are only irritated and annoyed by someone because it is a shadow of yourself.

So is it true? Or is it just more psycho babble?

Let me explain a little more and you can decided for yourself.

A few years ago I was privileged to work with a coach called John. John is a very smart and savvy guy and I swear every time we had a coaching session I ended up in tears. Thankfully he’s also a psychologist so it all worked out ok.

John was very purposeful in everything he said and did. He spoke calmly and explained that an essential element to becoming a great ‘leader’, is to fully and intimately know yourself inside and out. Without holding back, and without allowing the usual excuses to dominate your thinking.

He told me about the ‘shadow self’ and the ‘golden self’ and how these two selves impact on how we function in the world.

I can’t do it the justice that he can, but essentially this is how I’ve come to understand these two selves.

The “shadow self” is that part of ourselves that we don’t like to acknowledge because it sits outside of our own definition of a ‘good or nice or successful’ person.

The ‘shadow self’ may surface in our dark times and try to bring us down a notch. It may talk to us into believing that we’re not worthy or not valued. The other time this self surfaces and does damage is when we are making judgements on other people. So as Carl Jung said, when you are judging another person you are seeing the reflection of the part of you that you do not like. Generally the behaviours that you find repulsive or distressing in others represents that part of you that is called the ‘shadow self’.

On the flip side the “golden self” is that part within us that we keep contained because we don’t think that we are worthy to display it.

Its a good quality and many people would love to have this quality but at some point it didn’t serve us well and therefore we sought to suppress it. The “golden self” happens when we see something in others that we admire highly. Something that we would love to believe about ourselves but cannot. Envy or jealousy can surface because of the ‘golden self’ which is almost oxymoronic given that we have the quality inside, we just won’t let it be part of who we are.

John used the terms ‘shadow’ and ‘golden’ self. Once he explained them, I recognised the selves immediately. Particularly the shadow.

In my new book The Slayer Codex VOL1: Unleash the Slayer Within (due to be published the end of July), I talk about the shadow self quite a bit. I call him my vampire. The slayer is the golden self.

The really frustrating part of all of this psycho babble (she says lovingly) is that you actually need your shadow self, and your golden self. One without the other would leave us imbalanced. Sadly, we can’t just slay this part of us. No, the shadow is hear to stay. The best we can do is work to accept and integrate these ‘selves’ into our fully and messy understanding of ourself.

A great book to read (other than mine of course) is The Shadow Effect by Deepak Choprah, Marianne Williamson, and Debbie Ford.

So what is your shadow self?

What are the things that annoy you the most about other people? And where have those annoyances come from? Are they from your shadow…or perhaps its the golden self making noise?

If you want to transform your life, or merely include more happiness, its a good place to start. Once you understand where these annoyance come from <psst, they come from within> you can work at letting them go and getting on with happiness.

Want to know more about the vampire part of you? You’ll find all the answers in The Slayer Codex VOL1: Unleash the Slayer Within